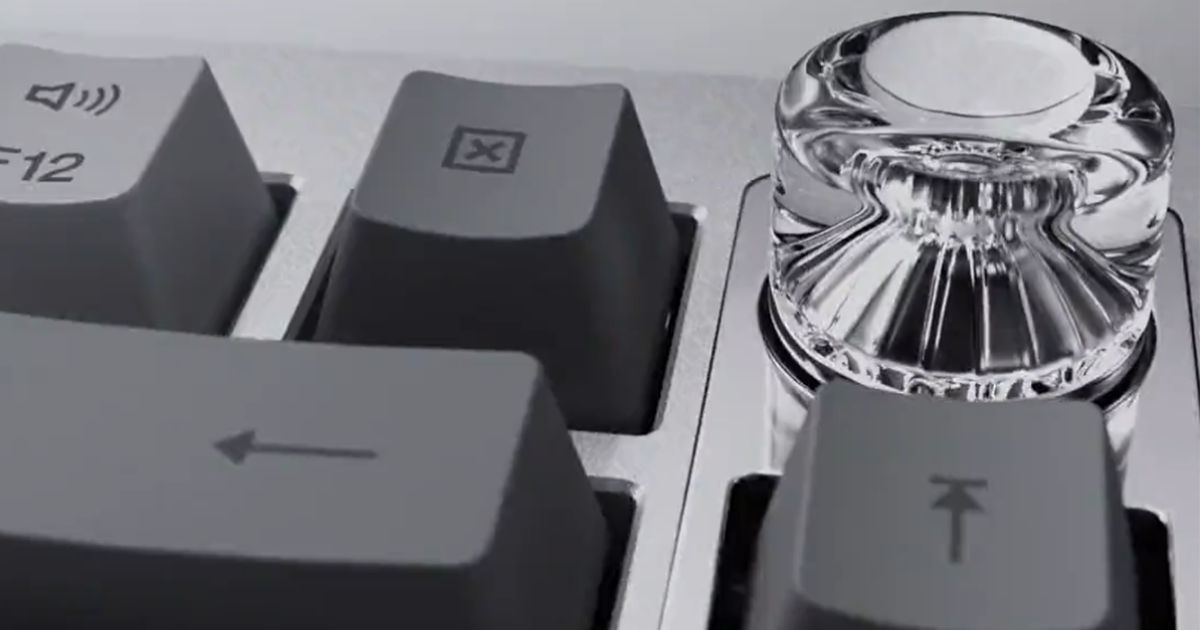 The upcoming OnePlus Keyboard India launch event will be hosted on February 7. This means that the computer peripheral will be launched alongside the flagship smartphone from OnePlus and the Buds Pro 2 TWS earphones. Let’s take a look at the OnePlus Keyboard launch timeline, leaked image, features and everything else known so far.

The video in the tweet also gives us a partial look at the details of the keyboard’s design. Ahead of the official launch, a live image of the keyboard has leaked. The mechanical keyboard is white in color and the upper right corner of the keyboard has a rotary knob, which can be used to adjust the volume, scroll across the screen, zoom in/out, etc.

The Enter key appears to have a red color, which would be a first for any OnePlus product. We also see the gray and white function row keys. The right corner of the keyboard contains the Page Up/Down and Delete keys below the rotary knob. This indicates that the OnePlus keyboard will not offer a full-size keyboard experience with a dedicated number pad. It will have a slide switch for power and Bluetooth as well as another switch to switch between Mac and Windows modes.

Based on the previous timeline, we can expect the next OnePlus keyboard to be available for purchase in India by March 2023. There is no official word from the company on the launch or sale date yet. We will share more details about the same when they are available. In the meantime, what are your thoughts on OnePlus’ upcoming PC accessory? Let us know in the comments below.