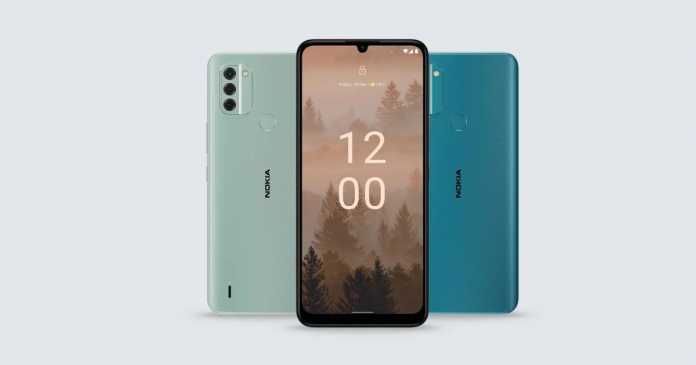 HMD Global announced a range of new Nokia smartphones along with the Nokia T21 Tablet back in September at the IFA 2022 event in Berlin. Now, the company is all set to launch a new smartphone in India under the Nokia G series called Nokia G60 5G.

Now the company has confirmed that the Nokia G60 5G will be launched in India soon and pre-booking details will be revealed with some exclusive offers soon for the Indian market. Nokia G60 5G as the name suggests is a 5G phone powered by Snapdragon SoC. The device was unveiled two months ago along with the Nokia X30 5G and Nokia C31 smartphones.

Be ready for tomorrow with a 120Hz refresh rate, 50MP 3D camera, high-speed 5G connectivity and years of hardware and software support on the new Nokia G60 5G.

The Nokia G60 5G has a 6.58-inch Full HD+ display with a 120Hz refresh rate. The device is powered by the Snapdragon 695 5G and is equipped with 6GB of RAM and 128GB of internal storage. Underneath that, the G60 5G is powered by a 4,500mAh battery with support for 20W fast charging via the Type-C port. In terms of the camera, there is a 50MP main camera, a 5MP ultra-wide camera, and a 2MP depth sensor. Selfies are handled by an 8MP camera.

As for the software, this phone runs on Android 12 with a guarantee of three operating system updates, which means that the phone will also get the Android 15 OS update. Other features include a side-mounted fingerprint scanner, Bluetooth 5.1, NFC, 3.5mm jack, dual-band Wi-Fi, a weight of 190g and a thickness of 8.61mm.