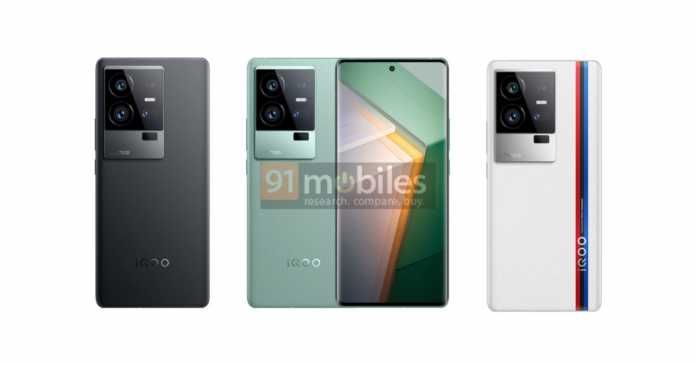 iQOO 11 Pro will be launched alongside the vanilla model as part of the flagship series in China. The company will launch its flagship series in Indonesia as well. Let’s take a look at iQOO 11 series specifications, features, and other details.

iQOO 11 series: everything we know so far

The iQOO 11 series will compete with the upcoming Xiaomi 13 series, OnePlus 11 and other flagship smartphones that will be launched soon. The company has confirmed a host of specifications and features ahead of the launch. For starters, the iQOO 11 Pro is confirmed to support 200W fast charging support for its 4,700mAh battery.

The company has also confirmed most of the specifications of the vanilla model. The device will pack a 5,000mAh battery and support 120W fast charging. Alongside the Pro model, it will have the Snapdragon 8 Gen 2 SoC under the hood. The smartphone is also confirmed to sport a 144Hz E6 AMOLED display with 1440Hz PWM dimming support and up to 1800nits brightness. The screen will come with a resolution of 2K.

Both phones will come with Vivo V2’s dedicated ISP to improve portrait mode shots and low-light video recording. Finally, the devices are confirmed to feature UFS 4.0 storage and LPDDR5X RAM. The remaining details of the phones have been leaked by the rumor mill.

Both devices will have a 6.78-inch 144Hz refresh rate panel with a 2K resolution. While the iQOO 11’s screen will remain flat, the Pro model’s screen will be curved. Both models will feature a triple camera setup on the back. The 11 Pro is claimed to have a 50MP f/1.75 Sony IMX866 primary sensor, a 50MP shooter with a 150-degree fisheye lens and a 13MP telephoto sensor.

On the other hand, the vanilla model will come with a 50MP main camera sensor, a 13MP ultrawide camera, and an 8MP portrait sensor. Both phones will have a 16MP front camera sensor for selfies and video calls.

The devices are equipped with 8GB and 12GB RAM options along with up to 512GB of internal storage. The latest iQOO flagship phones will run Origin OS Forest running Android 13 in China. Global models will have a layer of Funtouch OS 13 on top of Android.

iQOO is tipped to launch the iQOO 11 series in India in January 2023. The company has not confirmed any details about this. While we await more details on the India launch timeline, let us know your thoughts on the upcoming iQOO series flagship in the comments below.