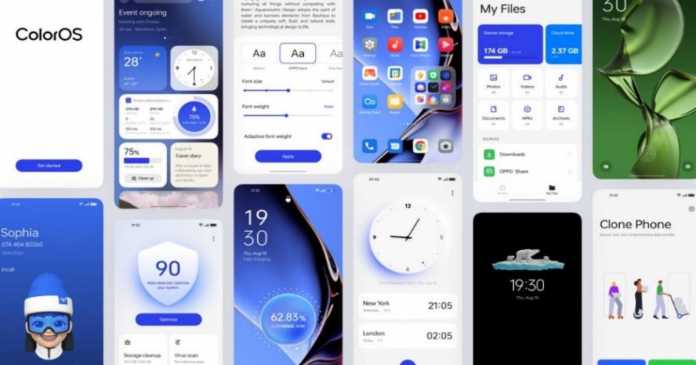 OPPO announced ColorOS 13 earlier this year. The new customized skin for OPPO smartphones is based on Android 13 and is scheduled to be rolled out to a range of devices in the coming months. OPPO has already rolled out the update to a few select devices in India and other markets. The company has now shared a detailed December roadmap for the launch of ColorOS 13 in India and other markets.

OPPO will make its new update based on Android 13 available to many smartphones in a gradual manner. The update will be available for premium phones first, followed by mid-range and budget devices. Let’s have a look at the ColorOS 13 launch timeline for the OPPO smartphones that have been confirmed so far.

ColorOS 13: When will your OPPO smartphone get the new Android 13 update?

OPPO has already made available the ColorOS 13 update for the Reno 8 series, which is the company’s most premium offering in India. The F21 Pro series is also receiving the new update in different markets. OPPO has now revealed that the Reno 7 series, which was launched earlier this year, will get the new ColorOS update based on Android 13 later this month.

The company has confirmed that Reno 7 5G users in India can expect to get the new Android 13 update on or after December 15, OPPO will roll out the new ColorOS update for the Reno 6 in India.

The company will also start rolling out the new ColorOS update to Reno 5 Pro and F19 Pro + 5G users in India from December 28. A day later, OPPO A74 5G will start receiving Android 13 update in India.

The update will be rolled out in stages. So, you may not get the latest update on the given date. OPPO will make the update available for your phone in a few days if it has not been released by the above mentioned date. To check if your device has received an update, you can go to Settings > Software update. Once the update is available, tap Download and Install.

The company also announced support for the beta version of ColorOS 13 for a group of phones. The F21s Pro 5G, F19, F19s, and A77s will be eligible for a beta update later this month.

The new ColorOS 13 update gets many new features. OPPO has made some visual tweaks and calls it Aquamorphic Design. The company claims that users can expect smoother, more natural, and lively animations. Additionally, the update introduces support for adding larger folders to the home screen. Users can also add a new Bitmoji for the Always-on Display (AoD) animation.

The new update, while introducing new features, is also claimed to be more efficient than ever. OPPO has also added some layers of privacy and security. For starters, the update introduces automatic pixelation in chat screenshots to hide personal and sensitive data. OPPO has also added support for Advanced Encryption Standard (AES) to encrypt all files to improve the security of private files. You can click here to check more details about the new ColorOS 13 features.