Canalys said smartphone shipments in Southeast Asia fell 4 percent in the third quarter of 2022 to 23.5 million units, the lowest level in the region since the first quarter of 2020. 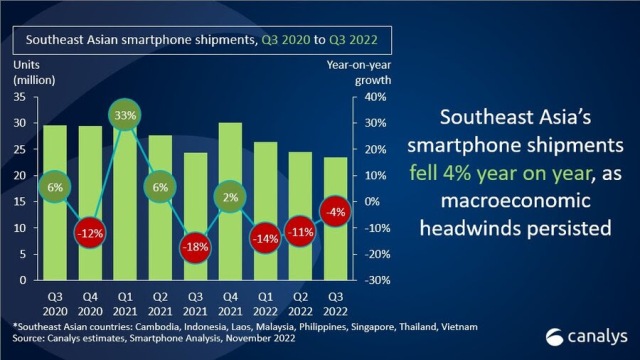 OPPO shipped 4.5 million units, accounting for 19 percent of the market. OPPO acquired a 20 percent stake in the third quarter of 2021.

Vivo has shipped 3.5 million smartphones. Vivo has a 15 percent share of the smartphone market in Southeast Asia. Vivo got 16 percent.

Realme has shipped 2.1 million smartphones. Realme has a 9 percent share of the smartphone market in Southeast Asia. Realme acquired 12 percent of the shares. 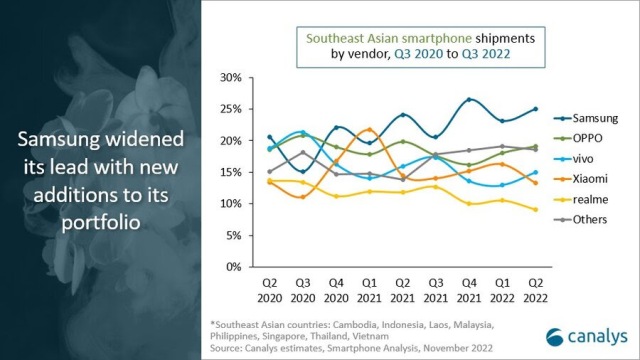 Smartphone vendors launched several new low-cost products in the third quarter, a defensive strategy to protect their shares as the market suffers from demand headwinds.

OPPO has remained firm in its strategy to move away from ultra-minimalism, focusing its investments on increasing channel confidence and elevating its brand. 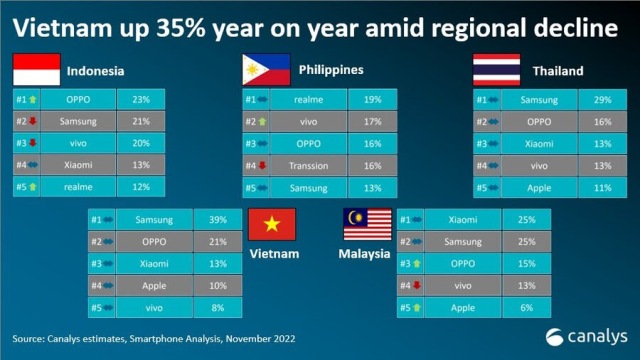 In the premium segment, Samsung has used its extensive resources in above-the-line marketing and custom pop-ups to market its new foldable line and maneuver effectively as the retail channel returns to pre-pandemic levels.

The launch of Apple iPhone 14 in Singapore and Thailand, with strong demand for the Pro series, confirms that the high-end segment is still not constrained by inflation.