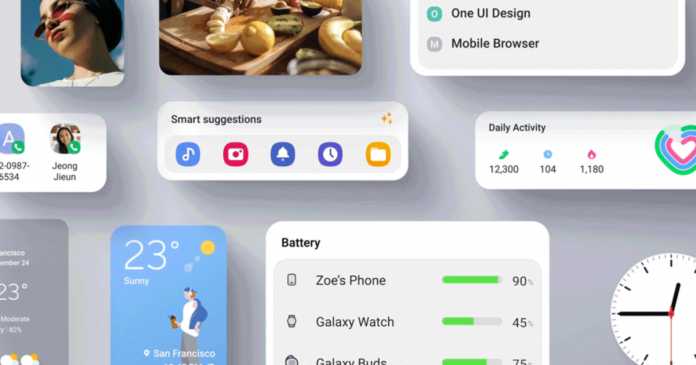 Samsung has started rolling out One UI 5.0 for the Galaxy S22 series. The South Korean tech giant has revealed the new features of One UI 5.0. The update, which is based on Android 13, not only brings new features but also brings with it a major design overhaul. As of now, Samsung Galaxy S22, Galaxy S22 Plus, and Galaxy S22 Ultra have started receiving the new One UI update.

But what about other Samsung Galaxy smartphones? Well, now the company has released its list which reveals the One UI 5.0 rollout timeline for Galaxy phones. The list includes (via) not only the premium Galaxy S and Galaxy Z series phones, but also some Galaxy A-series and Galaxy Tab devices. Let’s take a look at more details about the One UI 5.0 rollout timeline for Samsung Galaxy smartphones and tablets revealed so far.

One UI 5.0 update comes to the following smartphones:

Samsung has started rolling out the new One UI 5.0 update for the Galaxy S22 series. Soon, the Galaxy Z series and other S series phones will also get the new update.

October is almost over and Samsung is already rolling out the new One UI update for the Galaxy S22 series. All three S22 series phones, the Samsung Galaxy S22, Galaxy S22 Plus, and Galaxy S22 Ultra, will get the new update this month.

In November, the Galaxy Z series, Galaxy A series, and some Galaxy Tab devices will get the new One UI update.

At the end of this year, Samsung will roll out the One UI 5.0 update for some premium and mid-range smartphones launched in and before 2021.

At the beginning of next year, Samsung will release the new One UI update for the following devices:

It is worth noting that the Samsung Galaxy S21 FE, which was launched earlier this year, is not mentioned anywhere in the list. However, Samsung may quietly roll out the new update for the S21 FE in the coming weeks.

The rollout schedule is currently specific to South Korea and may vary in other markets. However, Samsung has maintained great consistency when it comes to providing the latest stable Android updates.

The new One UI 5.0 update brings some design improvements and new features. There are new app icons and Samsung claims they have improved animations and transition effects. The new update also brings improvements to the Camera app.

In addition, there is the feature of new stacked widgets for the home screen. The widget feature is similar to that of iOS 15 and later, where users can add multiple widgets and stack them on top of another. The onscreen widget will keep toggling every few seconds. Users can also manually swipe up or down to switch to a specific widget.

Optical Character Recognition (OCR) is also present in the Gallery app. The feature allows users to copy and paste text from images into other applications. Samsung DeX and Bixby have also received many new upgrades. You can check out the video below to see some of the new features coming to eligible Samsung Galaxy smartphones and tablets.