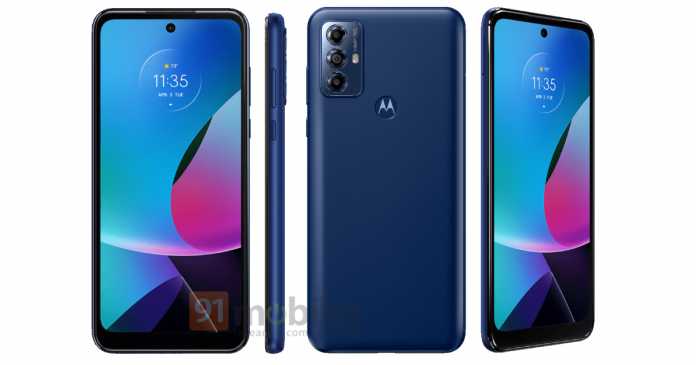 Motorola has had a very busy year. The company has launched multiple phones in its G-series and Edge series in India. Motorola is also preparing to launch its next flagship phone, the Moto X40 in China. Another Motorola smartphone is expected to be launched soon in the form of G Play (2022). The next G Play phone will be the successor to the model that was launched in January 2021. Motorola has not confirmed any details about the launch. Meanwhile, a new leak revealed the design renders of the Moto G Play (2022).

The device is set to get a new camera module design on the back. The front of the phone has also been tuned for some changes. Let’s take a look at the Motorola Moto G Play (2022) design renders, specs, and other details.

Moto G Play (2022) could be launched in November or December this year. The phone will be a budget smartphone from the brand. It will get a new camera module design. The camera module has now been shifted to the top left corner of the back panel, according to design renderings revealed by 91Mobiles and tipster Evan Blass. The device features a triple camera setup. The text on the camera module confirms that the phone has a 16MP main camera sensor. It also contains an LED flash unit below the text.

There is a Motorola batwing logo on the back, which is surrounded by a fingerprint scanner. At the front, there is a hole punch cutout at the top center. This will be an upgrade over the previous model, which has a waterdrop notch at the top center. The device has a rather thick chin bezel.

The SIM tray is on the left edge, while the power and volume buttons are on the right. The report also reveals some key specifications of the upcoming Motorola smartphone.

Under the hood, the phone will pack a 5,000mAh battery with 10W charging support. It will come with at least 3GB of RAM and 32GB of internal storage. The phone will launch in dark blue. The triple camera setup on the back panel will have a 16MP main camera, a 2MP depth sensor, and a 2MP macro sensor. For selfies, there will be a 5MP front camera sensor.

What do you think of the upcoming G Play game (2022)? Let us know in the comments below.