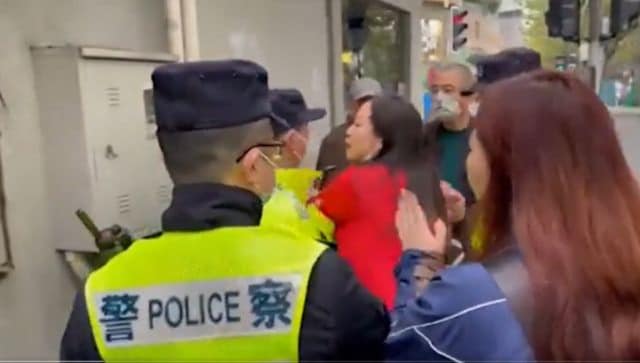 Chinese security forces on Monday filled the streets of Beijing and Shanghai following online calls for another night of protests to demand political freedoms and an end to Covid-imposed lockdowns.

In a video, a Chinese police patrol asking people to delete content on their smartphones can be seen on Urumqi Street in downtown Shanghai.

Demonstrators gathered in the area over the weekend to protest the Covid-19 lockdowns and demand more political freedoms pic.twitter.com/Qr1j3qAK4V

People took to the streets in major cities and gathered on university campuses across China in a wave of nationwide protests unlike the pro-democracy rallies of 1989.

A deadly fire last week in Urumqi, the capital of northwestern China’s Xinjiang region, was the catalyst for public anger, with many blaming Covid-19 lockdowns for hampering rescue efforts.

Beijing accused “forces with ulterior motives” of linking the fire to Covid measures.

In an area in the economic hub of Shanghai where protesters gathered at the weekend, AFP saw police lead three people away. China’s internet censorship machine also removed signs of social media-driven rallies.

With input from the agencies