The Media Council of Kenya has today notified members of the public and all security officers that accredited journalists and media professionals are allowed to use mobile/smart phones as professional media devices.

In a statement via Chief Executive Officer David Omoyo, the board said it had noted disagreements between a section of security officers and commanders over the use of smartphones to record and relay news from public events.

“We would like to make it clear that smartphones while being used by professionally trained and certified journalists and media practitioners should be allowed when needed,” he said. 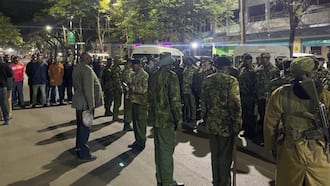 Omoyo noted that with the advancement in technology, mobile phones are now used not only to take photos and videos but also to record audio clips and conduct live broadcasts including live links by the media.

He pointed out that “the council advises journalists and media workers who are duly accredited and who seek to use their mobile phones during events of interest to the public or events worthy of attention without being obstructed or harassed.”

However, MCK required journalists to abide by the Code of Conduct for the Practice of Journalism as laid out in Schedule 11 of the Media Council Act 2013.

The schedule provides for the use of technological tools and forbids the use of hidden cameras unless there is no other option to access the news.

The Council encouraged training institutions, media organizations and professional support groups to step up the use of smartphones as tools for journalism practices in their training curricula as a matter of priority. 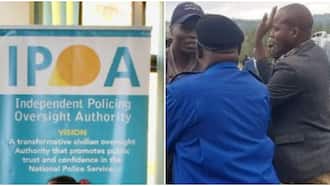 Omwoyo added that the impact of digital technologies has affected the operations of new and converging traditional media formats.

This statement comes in the wake of the assault on Daily Nation journalist Mwangi Moiruri who was assaulted by security officers attached to Vice President Regate Gachagua’s wife, Dorcas Gachagua.

The scuffle began when one of the officers pulled the journalist back as he tried to record the event with his mobile phone.

Although Muiruri had a business card with a flagged lanyard around his neck, the officer demanded that he stop recording while Dorcas was distributing food at the chief’s camp in the Graystone district.

He told the officer that recording activities on his mobile phone was part of his job.

But this upset the hawkish officers, who beat him after snatching his phone from him.

The scuffle lasted for a few minutes before one of the officers slapped Muiruri, prompting his colleagues to intervene. 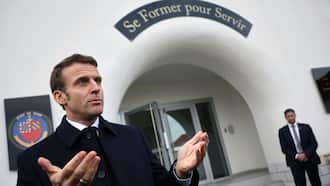 Macron denies being the main target of campaign financing

One of the officers, noticing that they were being recorded, seized the phone of another Nation reporter and deleted a video recording of the encounter in an attempt to hide the evidence before returning the phone.

Whatch out: Check out the exact news for you ➡️ Find the “Recommended for You” block and enjoy!