The Samsung Galaxy A34 will succeed the mid-range Galaxy A33 that was launched earlier this year, and will feature a design similar to the S22 Ultra.

Along with the upcoming Galaxy S23 series, samsung It’s also working on the next crop of Galaxy A-series smartphones, and the latest one to leak is the Galaxy A34. Many of the Galaxy A-series smartphones released this year have only 5G support, unlike their 2021 predecessors that came in 4G and 5G variants. Samsung is expected to continue the new trend for most of its 2023 models.

The Galaxy A33 5G was announced alongside the Galaxy A53 5G and Galaxy A73 5G earlier this year. However, the Galaxy A53 5G is only sold in the United States. The Galaxy A33 packs some surprising features, including the same chipset, battery capacity, and fast charging speeds as the more expensive Galaxy A53. It also boasts an IP67 dust and water resistance rating, which is not a common feature on mid-range smartphones.

The first look at the Galaxy A34 comes from tipster Steve Hemmerstoffer (aka OnLeaks) In cooperation with jeeznext. Images of the upcoming smartphone show a significant change in the rear panel design compared to its predecessor, the Galaxy A33. The phone features vertically stacked cameras placed directly on the back panel, not housed in a separate camera island. This design is similar to that of the Galaxy S22 Ultra. It also appears that Samsung has adopted the same design for its upcoming Galaxy S23 series. The screen will have a U-shaped notch for the front camera.

Fewer cameras may be better 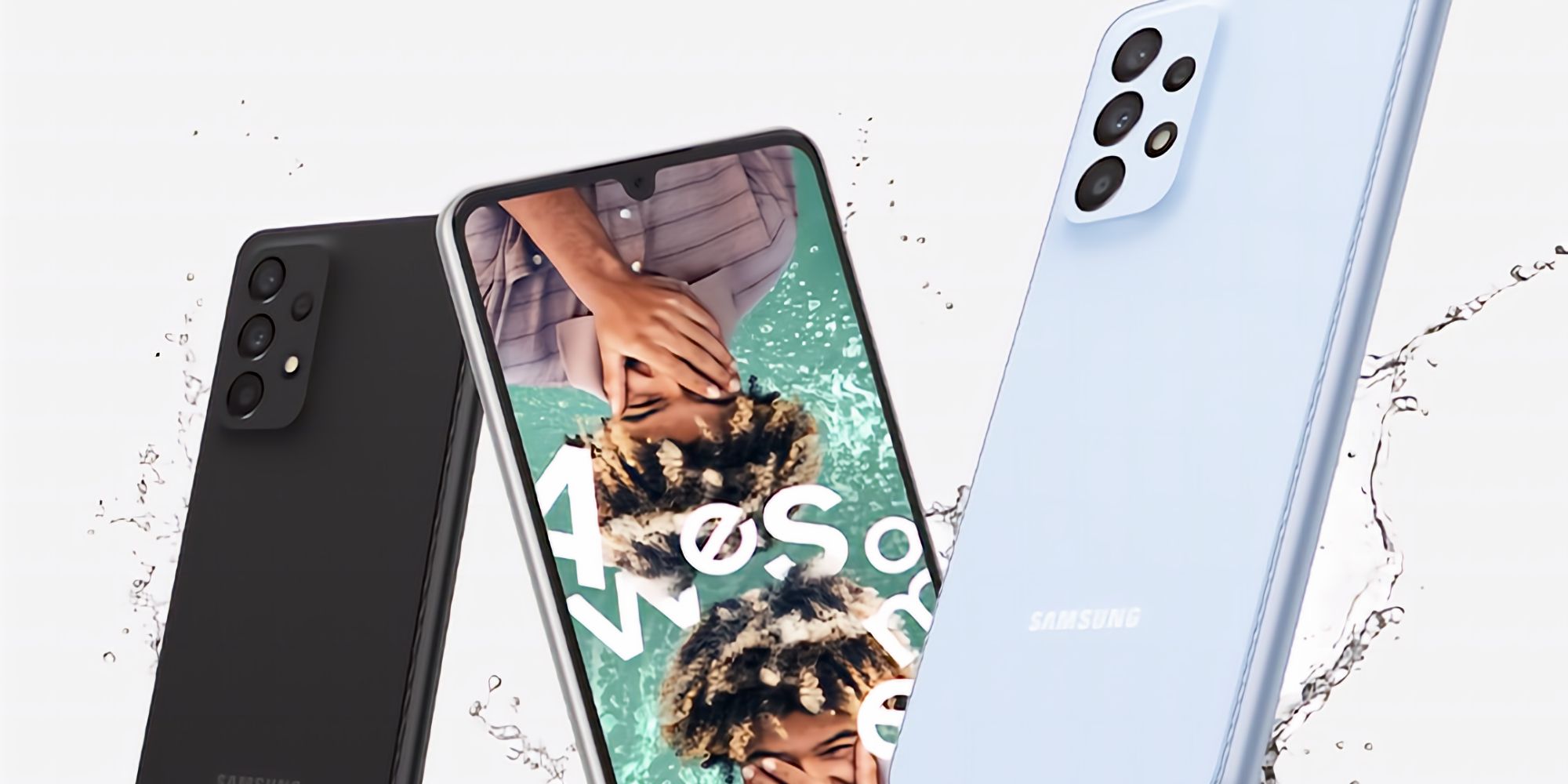 Not only does the Galaxy A34 have a redesigned back panel, but it also has fewer cameras. Renderings show that the phone has three rear cameras, one less than the Galaxy A33 5G. While this may sound like a regression to an earlier version, it could be a really good thing if the three cameras had better sensors. The renders show that the phone will have its buttons on the right side of the frame, the USB-C port on the bottom, and the SIM tray on top. However, the 3.5mm headphone jack is not visible, although the source mentioned that there will be a jack on the bottom of the phone. Given that the Galaxy A33 does not have a headphone jack, the same could be true of its successor.

The source reports that the Galaxy A34 will have a 6.5-inch screen. This is slightly larger than the 6.4-inch screen of the Galaxy A33. However, Samsung is expected to keep the Super AMOLED panel with a high refresh rate. The rest of the specs are still unknown, but buyers can expect a mid-range chipset, either from Qualcomm or the new Exynos line that was reported to be coming soon. Samsung is expected to ship the Galaxy A34 with One UI 5 based on Android 13 and a 5,000mAh battery with support for 25W fast charging, just like its predecessor. It should also have an IP67 dust and water resistance rating such as samsung Galaxy A33.

Next: Galaxy A53 5G Vs. Galaxy A33 5G: How Samsung’s budget phones compare