To review a radically different phone like the LG Wing takes time. It’s time to taste the experience and judge if it works for me. Over the past couple of months, I’ve taken a long time to find out whether or not LG’s focus is a different make, and for lack of a better term, oddly Great phones that simply stand out from the competition was a smart move.

However, now is the time to write an epitaph for LG’s smartphone business. LG Mobile, the Korean technology giant in the field of mobile devices, announced today that it will close its business and stop production of new phones with immediate effect, while continuing service support and software updates for an as yet unspecified period of time. Where does that leave the LG Wing and its uniquely rotating screen, apart from “in the lurch”? Is there a real multitasking benefit offered by this form factor, or is it just a fancy party trick? 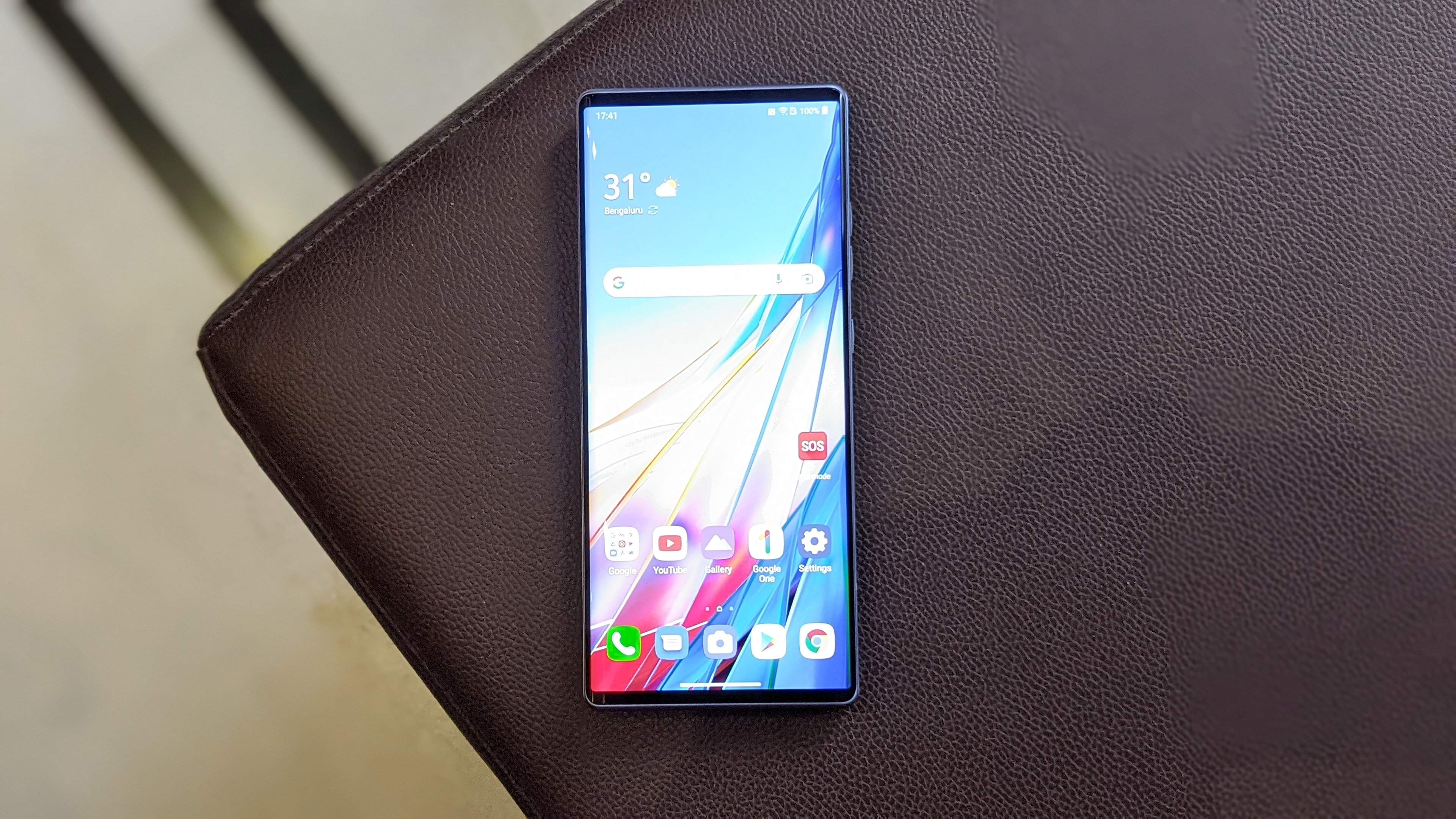 Just look at the design. In a market of the same smartphone designs that struggle to stand out from one another, this phone doesn’t even have to try. 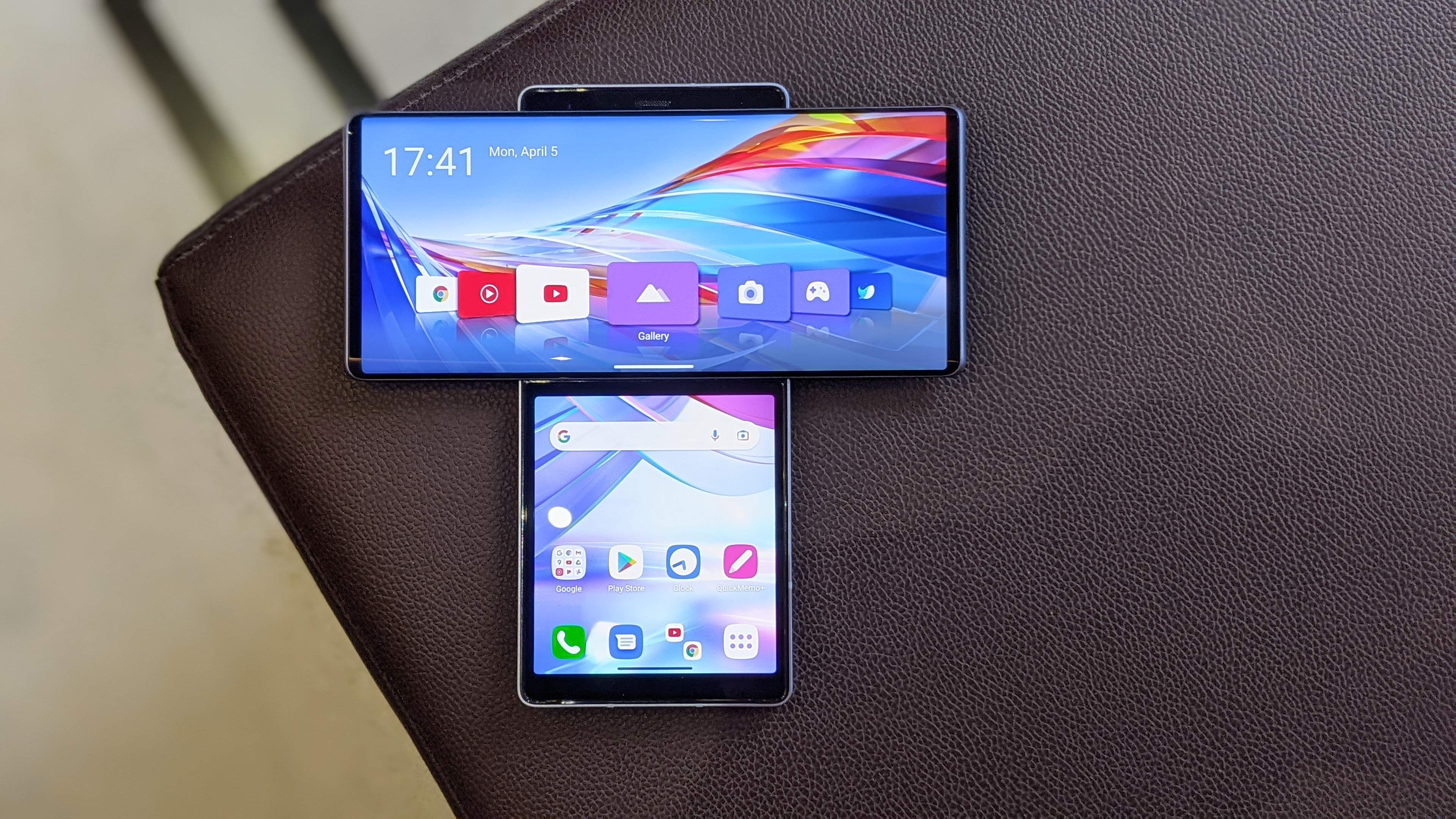 At first glance, the long and narrow design looks like any other 6.8-inch full-screen smartphone, and the slightly lackluster thickness is still compact enough that you couldn’t guess there’s more to this phone. There is no denying its weight, at 260 grams it is something that you simply cannot ignore.

Slide the bottom right corner of the phone left, and the entire main screen rotates in landscape orientation, revealing a second 3.9-inch OLED screen underneath. After hundreds of rotations back and forth, the mechanism is still solid and top notch, one that slides into position smoothly and locks with an incredibly satisfying click. It does reveal a bias toward right-handers, though, in the way the mechanism is activated. Now, while the hardware implementation is exceptional, it’s the utility that counts. You have to factor in the fact that there aren’t too many apps that default to landscape orientation on Android, most popular apps like Instagram forgo landscape mode entirely, while others like Twitter and Chrome don’t look so great in landscape mode. . Games and video are the exceptions, as you can imagine having the primary content on the main screen and having media or game controls on the second screen. For example, while using YouTube, the secondary screen will display the media controls, or a game like Asphalt will show you the road map on the second screen while racing on the main screen. First-party apps like music apps and note-taking software adapt to the second screen, but third-party app support is scarce. Apps that support a second screen require developers to roll up their sleeves and put in some effort, something I’ve seen happen in very few apps over the two months I’ve used the Wing – no surprise at the niche this device aims for – and with today’s news, it’s pretty much Great end of the road for any enthusiastic developers. Running two apps on the Wing opens up a host of multitasking possibilities – you can, for example, play a movie on the main screen and WhatsApp on the smaller screen, play a Fortnite session and a YouTube tour on the two windows, or watch a Zoom session and take notes on the second screen, Or search for frivolous movies when watching them on the home screen. While you do this, your mileage will vary—some apps just don’t fit on the smaller screen, or are a less than awkward experience. Or you could ask yourself this – is it worth buying a phone for the few times I can expect to do all this? 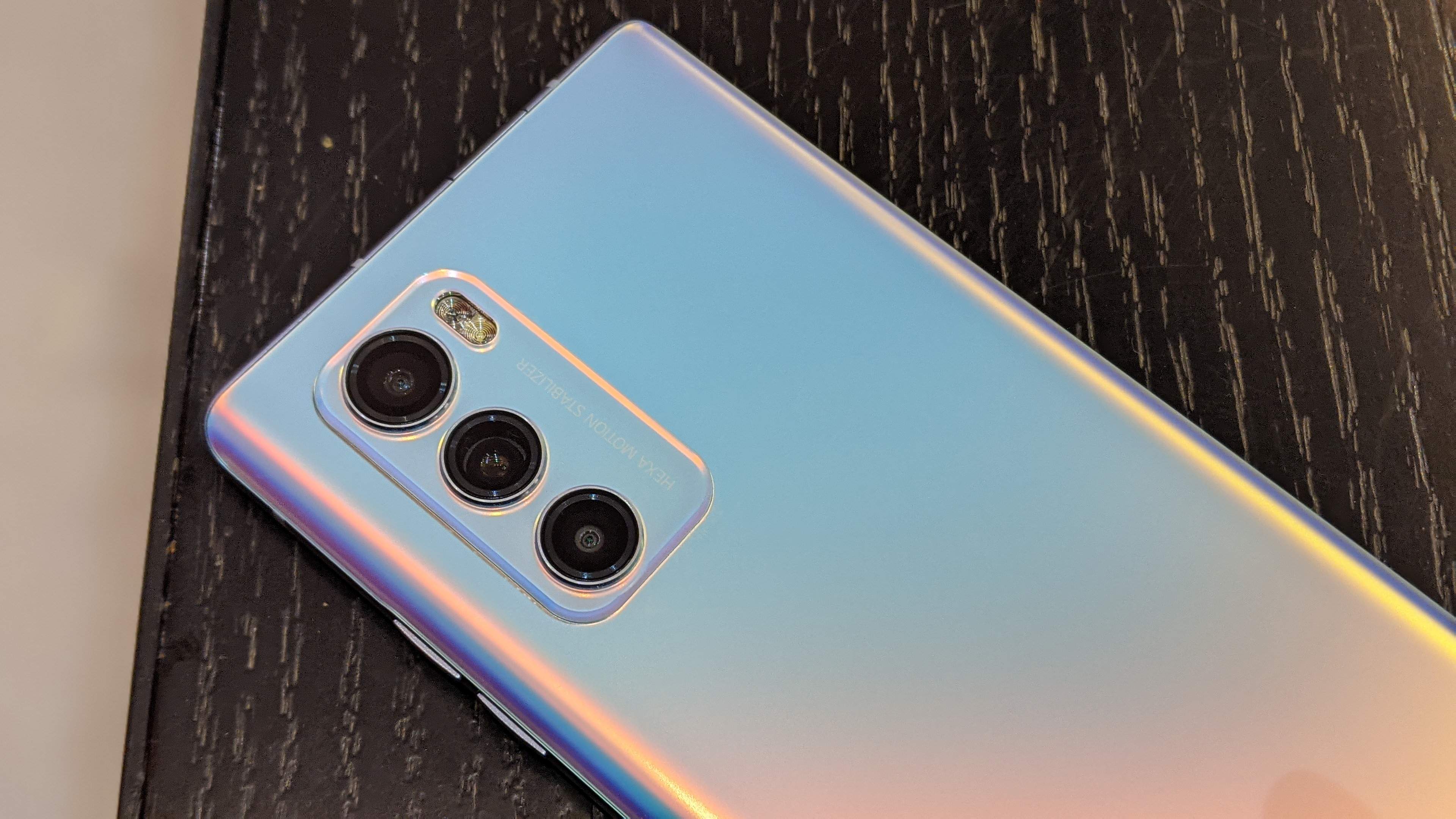 The rest of the mid-range suite is the same, with a Qualcomm Snapdragon 765G chipset, 8GB of memory and 128GB of onboard user-expandable storage, so you know the majority of your money has gone into enabling the suite’s unique design. In terms of pure performance, while the Wing is capable of multitasking well for most daily use scenarios, you can look at dozens of phones for half its price. The custom skin and lack of bloatware works in the Wing’s favor, but it’s somewhat inexcusable that the phone is still running Android 10 in April 2021 while others are launching or updating their devices to Android 11. Battery life is good given the capacity of the 4,000mAh battery. , but the included 16.2W takes more than an hour and a half to fully charge the device. 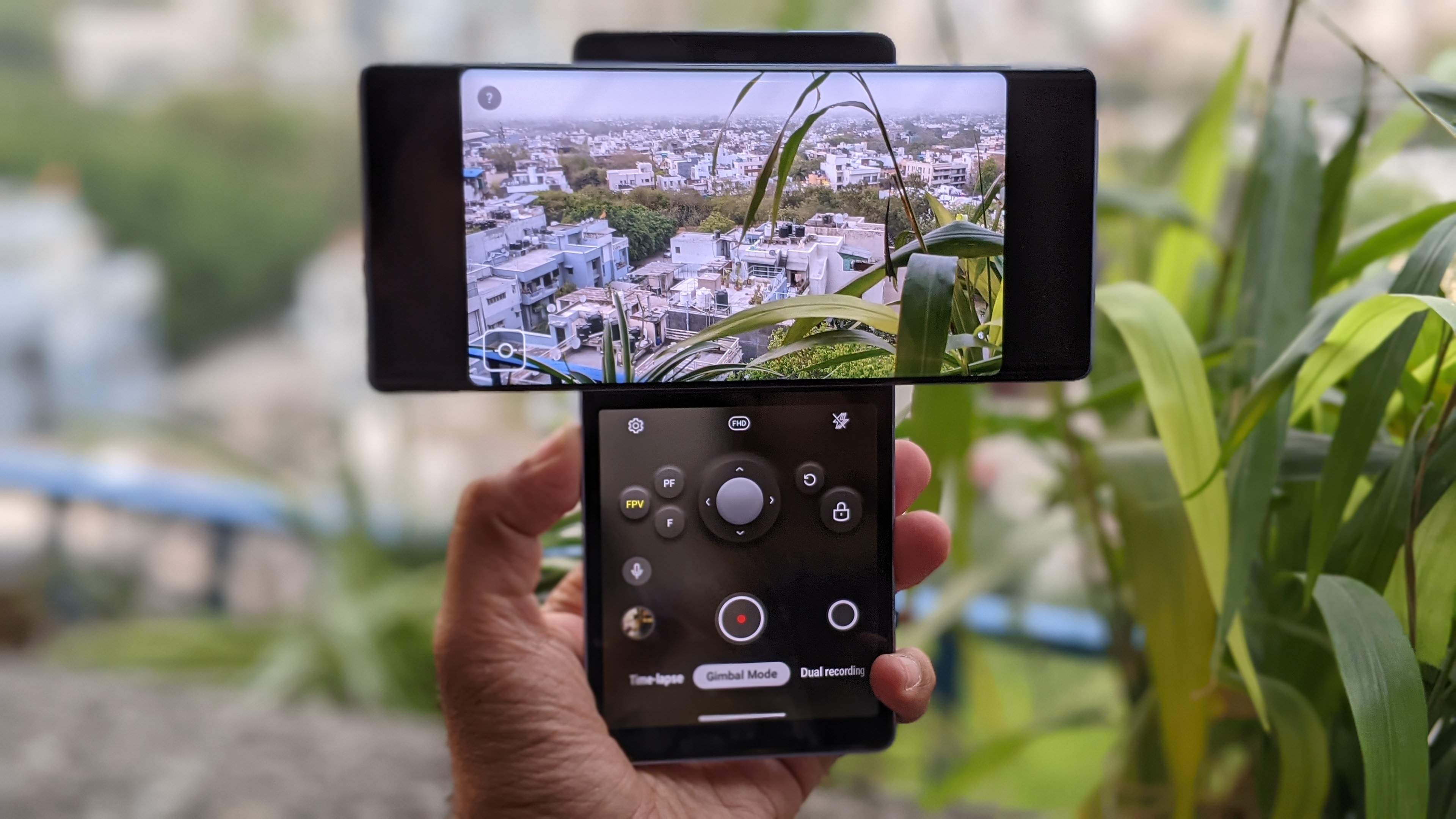 The camera setup has some interesting additions that work well with the Wing’s design. There’s a 64MP primary camera, a 13MP ultra-wide angle camera with a 117-degree field of view, and a 12MP ultra-wide action camera with a 120-degree field of view. When folded, only two cameras are accessible, with the third camera starting to move if opened. Even the app’s interfaces differ—when you open the screen, the app switches from a normal app with shooting modes to another with drone/gimbal-like shooting controls on the second screen. The Wing’s smaller screen functions as a grip and has a joystick for moving the camera left and right. It’s not a true pivot mount, and the overall motion is entirely in software that uses digital cropping in a wide field of view. Still, it’s fun to use, but it’s limited to 1080p/30fps videos which are south in low light. There is even a dual recording mode that may interest vloggers. 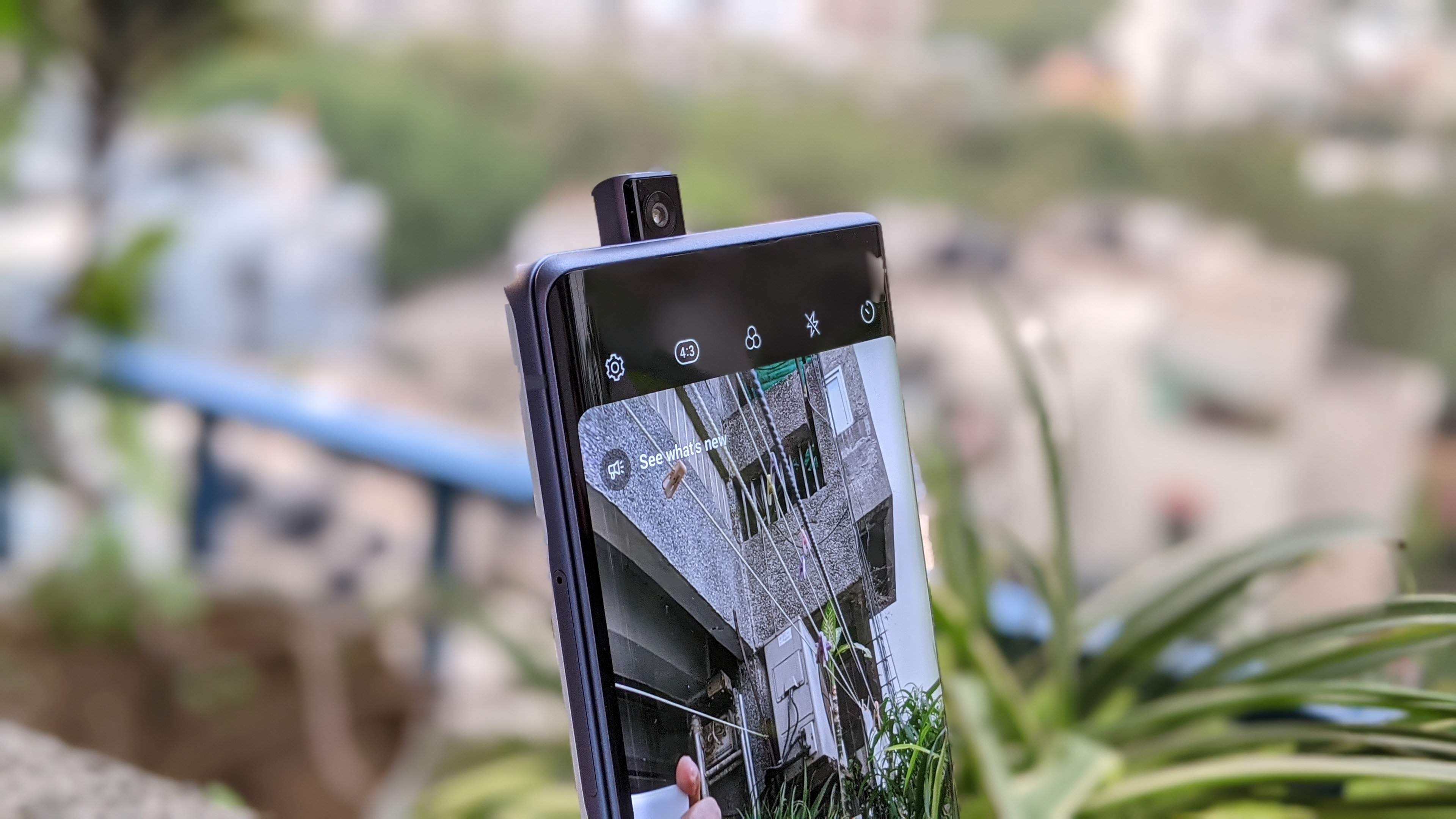 The main camera delivers a decent amount of detail and dynamic range in a scene, but colors are subdued…and its handling of HDR scenes lacks the kind of polish you’d expect from a ₹60,000 phone. Low-light photos turned out fine, even without night mode enabled. Selfies are good. 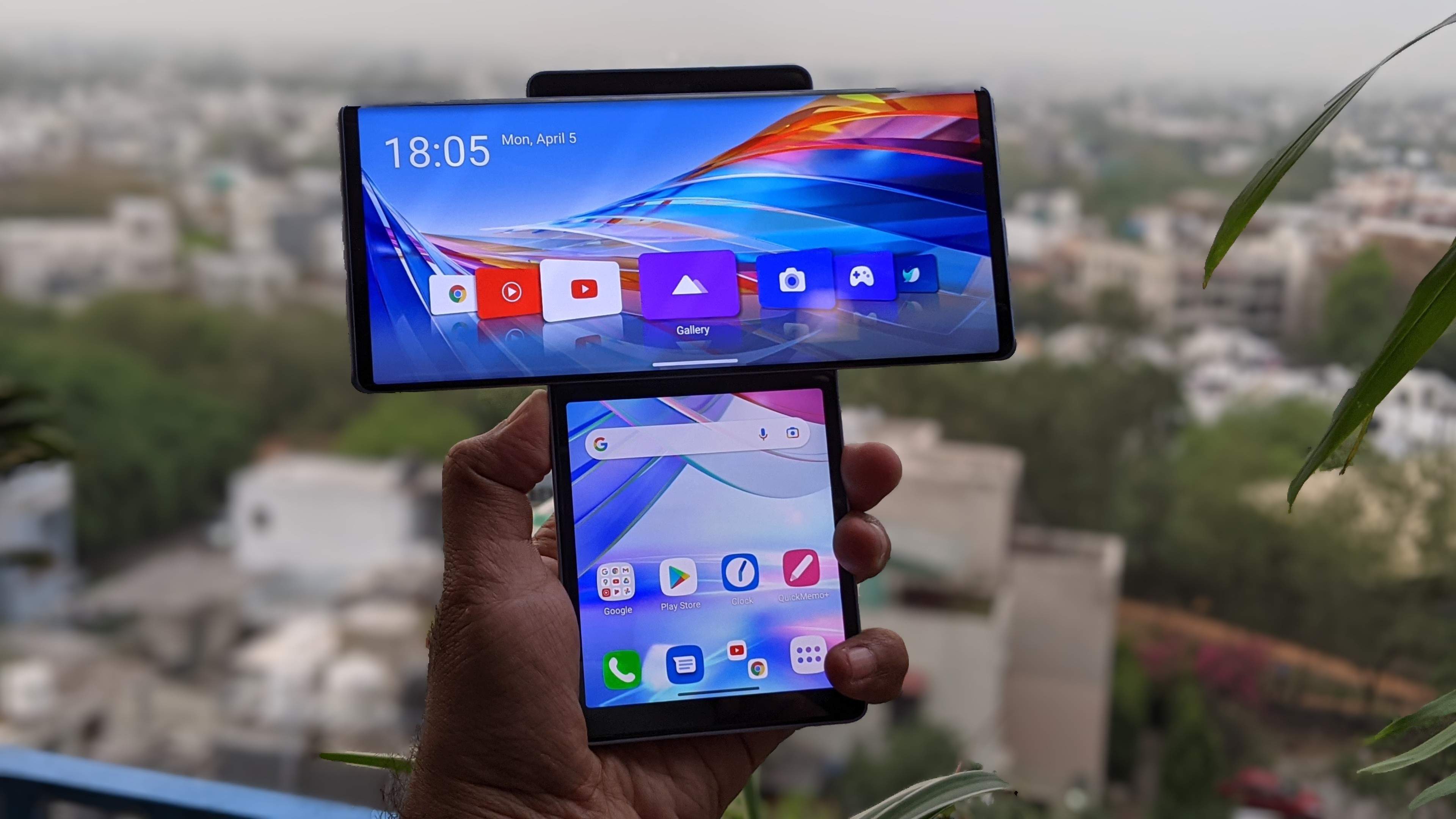 There’s no denying that Wing’s swivel screen is well-executed engineering and a super-novel game in enthusiastic hands, but it’s also a perfect example of innovation that doesn’t have enough use case to warrant the outlay. Being different and interesting doesn’t equal good or great in this case, and that’s pretty much been true of the past couple of years of LG Mobile. Unfortunately, life isn’t looking good for LG, and this company’s unique ability to take the leap of faith in new form factors will be sorely missed in the industry.

Tushar Kanwar is a tech columnist and commentator, tweeting @2shar