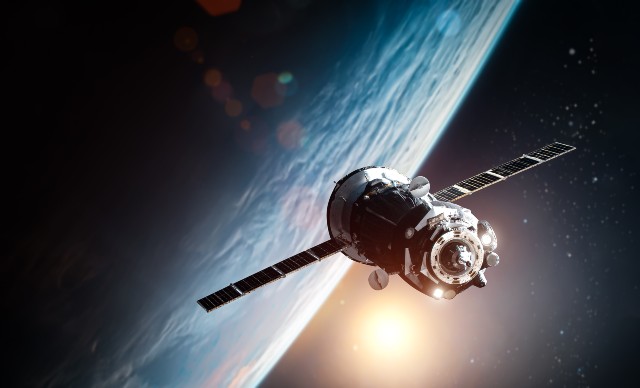 Bullitt has been working on this new service for two years and plans to use this satellite technology to eliminate global “black spots” where people lose coverage and connectivity.

Bullitt has been a manufacturer of cell phones and other consumer electronics since 2009 and has since built an impressive portfolio of products.

It prides itself on providing “hard tech” experience and is primarily known for producing rugged phones, and has helped manufacture and design rugged phones for the Cat and Motorola brands.

Now, the company is expanding further and delving into the world of satellite technology — and it’s set to become the first brand to launch the world’s first smartphone capable of two-way satellite messaging.

Both major brands Apple and Elon Musk’s SpaceX have previously announced that their companies would like to introduce satellite technology, but it was Reading-based Bullitt who got there first.

Talking to mobile news, Two-way satellite messaging has been in the making for about two years, Richard Wharton, co-founder and principal of the Bullitt Group explained, and discussed the process behind this exciting new technology.

“We have a long history of developing hardware for mobile phones — but we’ve realized that hardware doesn’t let people down, it’s the connection,” says Wharton.

“Because of this, we have always known that to provide the most reliable mobile phone in the world, we also need a reliable communications system.”

Satellite technology has been talked about for a while, but it wasn’t previously ready for integration into smartphones.

Wharton says that has now changed, and that Bullitt has been working exclusively with the chipset manufacturer to create a narrowband satellite chipset, though that specific manufacturer cannot be disclosed yet.

The satellite messaging service will switch between WiFi, cellular and satellite which needs dedicated chipset, OTT application and advanced backbone network which needs infrastructure to be installed via global satellite ground stations.

Bullitt will operate an OTT satellite messaging service that will be available to customers using the new Bullitt smartphone.

Users will only be able to send and receive text messages, and an app can be downloaded for customers to send a message.

Recipients can receive SMS but can only reply if they download the app. It’s free to use, but the person who owns the Bullitt phone will have to pay a monthly fee for the service, though a price hasn’t been released.

Staying ahead of SpaceX and Apple

“It’s a standard Android smartphone with 5G, but it also has satellite communications built in,” says Wharton.

“It’s our best phone yet and should have very broad appeal not just to businesses and organizations but across a broader spectrum of consumer users.”

In the United States, he explains, a large group of people require satellite messaging.

“The amount of time Americans lose solar coverage over the course of a year is 22 and a half billion hours. And these are not just people who work in forestry, farming, and fishing, these are people who hike in the mountains, ski, climb, and go on road trips.

“We live in a very mobile world, with a very mobile workforce, mobile entertainment, so it’s only natural that we put ourselves in situations where we’re on the margins of coverage. Satellite messaging has really broad appeal.”

It’s not just Bullet that plans to launch this new technology. Apple and SpaceX are also in the works – but they are not as advanced as Bullitt.

“You have the likes of T Mobile and SpaceX making a big announcement about satellites, but SpaceX wants to put new satellites in the sky,” Wharton says.

“There are challenges with this because they haven’t designed, built or launched any new satellites and they haven’t yet received regulatory approval.”

It has also been reported that phones currently using the SpaceX platform may have to wait up to 30 minutes to connect to a satellite, while the Bullitt network will connect within a few seconds.

Wharton says that both Bullitt and Apple have decided to use an existing satellite and existing technology — but the two companies will offer different services.

Apple is behind us, and they’re offering satellite SOS only in North America.

“Bullitt devices enabled by our solution will provide satellite SOS just like Apple, but we are also able to send two-way text messages via satellite, which Apple cannot do.

“Our solution is also global and in terms of quality of service, Bullitt is better than Apple because we use geocentric satellites and use more than one provider for the satellite constellation.

“Overall, we have a good solution 12 months ahead of market and we know that because there are only two chip vendors in the business. We use one and Apple uses the other.”

Since the concept of satellite messaging is somewhat foreign to many consumers, Wharton believes there is a clear need for it and that it will become more common in the next few years.

“With satellite messaging, there is a roadmap beyond messaging, and moving to more data services such as the new 5G radio. More bandwidth will be allowed through the satellite network over the next few years.

“You can’t build your own cell towers and it’s impossible to get planning permission because people don’t want them next to their homes and there are issues with building new towers for mobile operators.

“They used the 4G infrastructure for the 5G networks so they can’t cover any other land area and the black spots will continue.

“Network operators are looking for satellite operators to help fill the gaps.”

Being 12 months ahead of everyone else, Wharton says, means there’s no competition and it’s a great time to launch this new service.

“There is an exact plan and we will reveal more information as we get closer to launch in February 2023.”