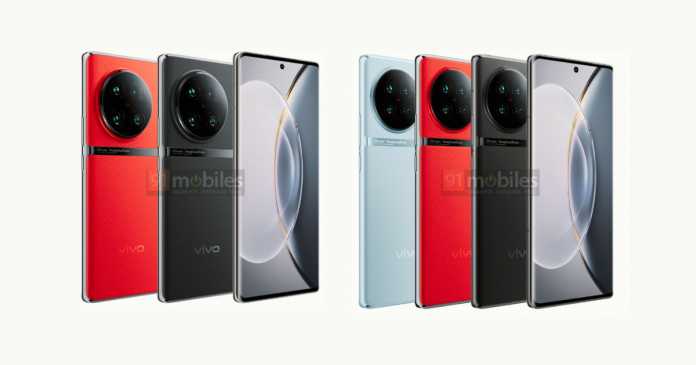 Vivo is preparing to launch the X90 series in China. The company will launch three new flagship smartphones in China on November 22. These include the X90, X90 Pro, and X90 Pro + 5G phones. The devices are expected to be launched in India early next year. The company has started to release the specifications of the upcoming Vivo flagship phones before its launch. The latest teaser confirms processor and camera details for the X90 series.

Vivo has confirmed that the upcoming X90 series will feature MediaTek’s flagship SoC chip, the Dimensity 9200. The Pro+ 5G model is likely to include the best-in-class Snapdragon 8 Gen 2 SoC under the hood, which was announced at the Snapdragon Summit. . Vivo has also confirmed that the devices will get a new camera sensor. Let’s take a look at more details about the Vivo X90 series specifications, features, and everything else that has been leaked so far.

The Vivo X90 series will get a brand new portrait camera sensor. The company has confirmed (via) that the series will feature a new Sony IMX758 sensor. The 50MP Sony sensor measures 1/2.4-inch in size and has a pixel size of 0.7 µm. The vertical sensor is likely to be included in the best X90 Pro + 5G phone.

On the other hand, MediaTek Dimensity 9200 SoC can be equipped in the X90 and X90 Pro 5G smartphones. MediaTek’s new flagship has a clock speed of 3.05GHz. We spotted the X90 series with MediaTek Dimensity 9200 SoC on Geekbench, which confirmed the phones will run Android 13 out of the box. The X90 Pro+ 5G has also been spotted on Geekbench with the Snapdragon 8 Gen 2 SoC.

Other details about the X90 series have leaked in the past. The X90 Pro+ 5G is said to have a 50MP Sony IMX989 main camera sensor. It is a new 1-inch sensor, also present in the Xiaomi 12S Ultra. The phone is likely to be accompanied by a 48MP ultrawide camera, a 64MP OmniVision OV64B telephoto camera, and a 50MP Sony IMX758 image sensor as mentioned above.

The devices are also likely to pack a 4,800mAh battery with support for up to 100W fast charging. The X90 Pro+ 5G is said to feature 50W wireless charging support.

Up front, the devices are likely to feature a curved display with a punch-hole cutout at the top center, according to leaked design renders. The X90 Pro + 5G will feature a 6.78-inch QHD+ AMOLED display with 120Hz refresh rate support. On the other hand, the X90 and X90 Pro 5G could feature a 1.5K resolution display and have the same screen size.

Vivo will launch the phones in multiple color options. The phones will be available with a red faux leather back panel option. The X90 Pro+ and X90 Pro will be launched with a black glass back as well. In addition, the vanilla X90 will be available in Ice Blue.