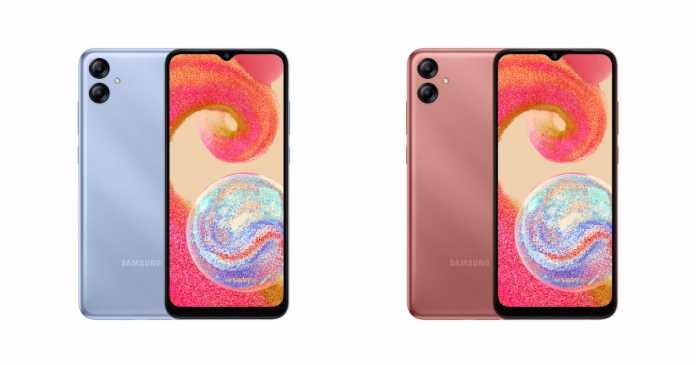 Samsung is expected to launch new budget smartphones in India. The company could launch a new Galaxy M-series phone in the form of the Samsung Galaxy M04. There is no information on the exact launch date of the phone. However, the launch of the Galaxy M04 appears imminent as the Galaxy M04 support page is live on the company’s India website.

The support page on the Samsung India website not only confirms the model number of the phone but also indicates that the phone is a modified version of the Galaxy A04e. Let’s have a look at more details about Samsung Galaxy M04 specs and features and other details.

The Samsung Galaxy M04 could be an entry-level smartwatch from the company in India. It is expected to be launched soon in India. The Galaxy M04 support page reveals that the phone has the model number SM-M045F. The user guide further confirms that the phone will be launched in India as a new variant of the Galaxy A04e, which carries the model number SM-A042F.

Galaxy A04e was launched earlier this year in select markets. Since it is a modified version, we can expect the Galaxy M04 to have the same design and specifications when it comes to India.

Galaxy A04e unveiled with a 6.5-inch LCD screen with HD+ display. It features a waterdrop notch on the top for the front camera. Samsung calls it the Infinity-V grade. The phone features a MediaTek Helio G35 octa-core processor under the hood. The 12nm SoC is paired with up to 4GB of RAM and 128GB of internal storage.

On the back, there is a setup for the dual rear camera. The phone has a 13-megapixel main camera and a 2-megapixel depth sensor. For selfies, the Galaxy A04e has a 5MP front camera. It has a 5000 mAh battery and supports 10W charging. Samsung launched the phone in black, copper orange, and light blue color options. We can expect the Galaxy M04 to come in different color options. The device is likely to run OneUI Core 4.1, which is based on Android 12.