You may have heard the tragic story of Microsoft Kin devices – a whole new mobile platform was launched and shut down in just 48 days. Today we want to revisit one of Microsoft’s slightly more successful mobile projects. This is certainly one of the lowest levels of success.

Do you remember the Nokia X line? No, not the current X phones made by HMD Global. The original X Series started under the leadership of Nokia and was announced by Stephen Elop at MWC 2014 in February. If that name rings alarm bells in your head, yes, this was during the transition of the Nokia Devices and Services division to Microsoft. 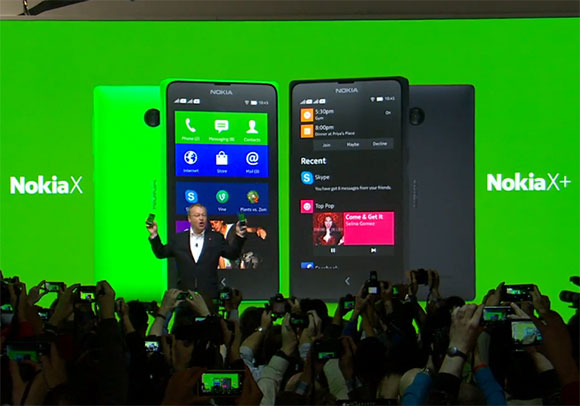 The deal was signed in late 2013 but won’t close until April 2014, after the launch of the Nokia X phones. The phones were a combination of many things, but they were the first Android-powered devices by the Finnish company, which spent years and billions of euros trying to use the platforms alternative.

It started with Nokia X and Nokia X+. They were essentially the same device, but the X+ had more RAM – 768MB instead of 512MB – and came with a 4GB microSD card pre-installed. As you can already tell, these were not high-end devices. 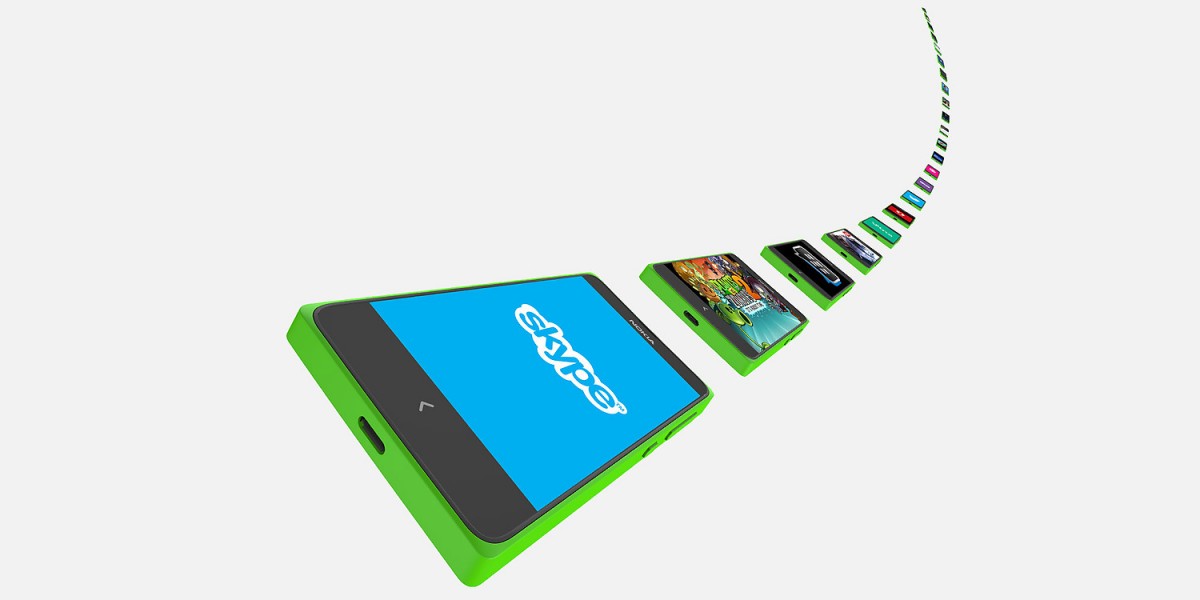 It was interesting, though. They ran Android (4.1 Jelly Bean at first), but had no access to the Google Play Store. Microsoft and Nokia wanted to build an alternative software ecosystem similar to what Amazon was doing with Fire OS.

The Nokia X platform was known in its early life as the “Asha on Linux” project, which should tell you the target market for these devices. Asha phones straddled the line between feature phones and smartphones – they were cheap, accessible, decently capable and were part of Nokia’s “next billion” strategy (the goal was to bring a billion people online for the first time).

The original Asha platform wasn’t much more powerful than Series 40 even if it used WhatsApp, Facebook, Angry Birds and had a basic map app. The X series was in theory as powerful as any Android, as long as the software fit within the limited RAM. 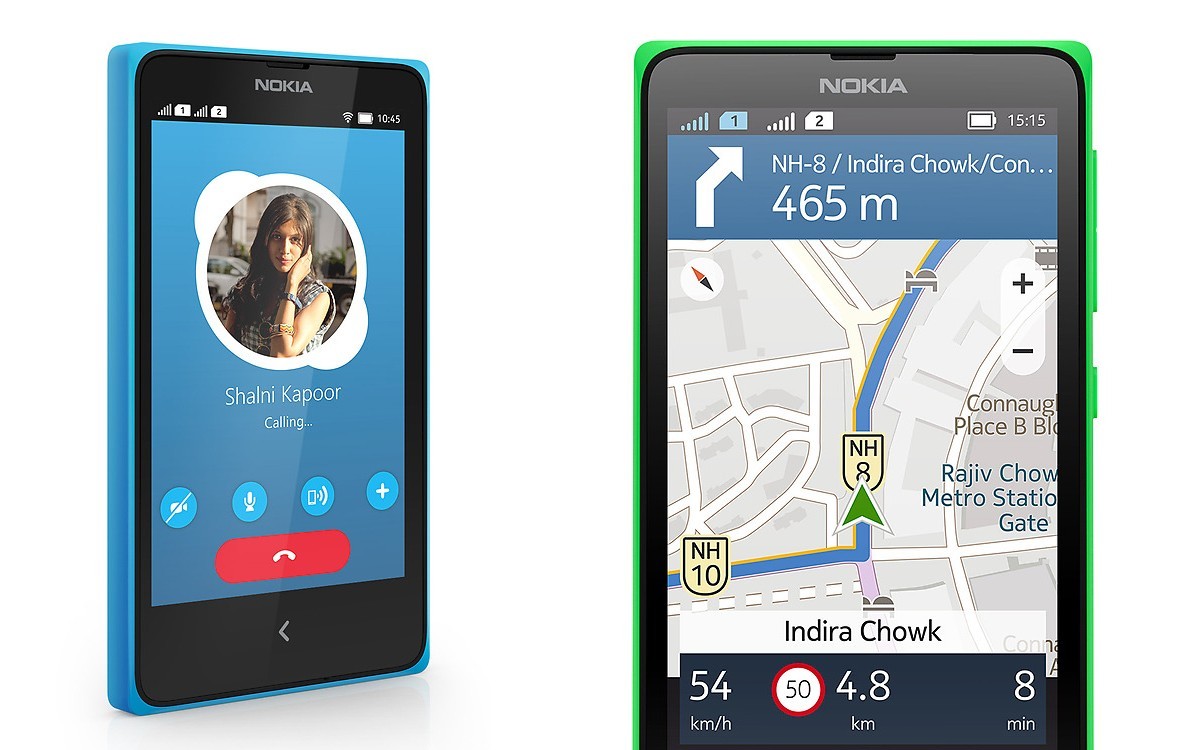 To be fair to Nokia and Microsoft, this was not a low-effort project. They have brought some of their best known applications – HERE Maps for navigation, Xpress browser, MixRadio music player, as well as Skype and Outlook for communication. 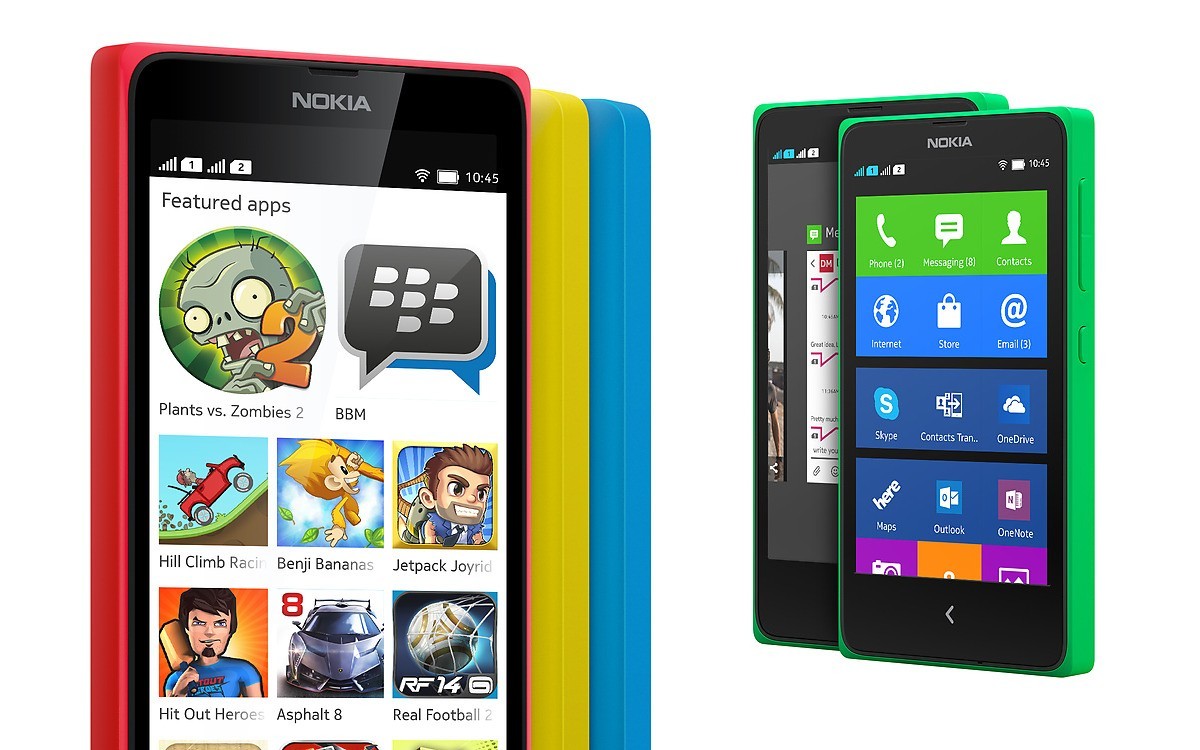 Besides Nokia Store, X phones can also download apps from Yandex Store. If you didn’t know this was something, don’t worry – most people haven’t either. Finally (with version 2.1 of the platform) users were allowed to install the Google Play Store and Google Play Services.

This device may sound familiar – it’s not far from the Lumia 520 that was launched a year ago. And we have fond memories of the 520 (but we hardly remember the Nokia X, it’s funny how that worked).

Since Nokia decided to use only the Android core, it has developed its own interface to come out on top. You can read our review for more details, here we will quickly go through the system. 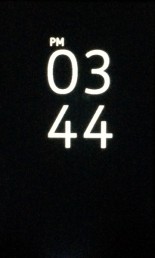 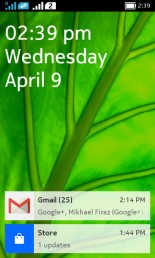 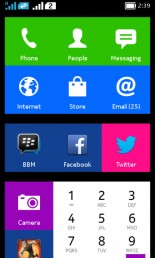 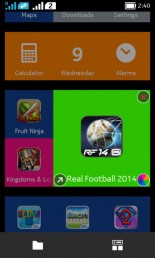 Featured on the home screen is Fastlane, borrowed from Asha’s phones. This may sound inspired by Windows Phone tiles, but Nokia has asked third-party developers to stick to Android design guidelines rather than trying to imitate Windows. You can place shortcuts and widgets on the home screen and resize them as you see fit.

The actual Fastlane was on the left – this was a timeline with everything from recent calls to recently used apps, new photos, inbox, etc. It was highly customizable and you could hide a few things to reduce clutter. 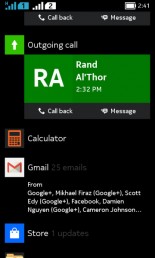 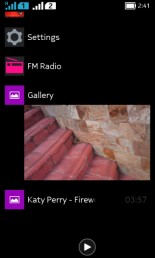 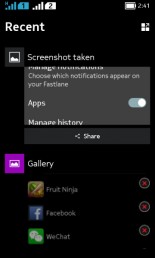 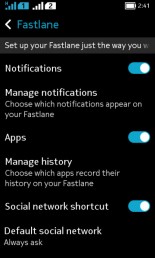 The Fastlane interface was a timeline of recent events, files, and applications

The X phones came with a Chromium-based browser with tabs and it was decently fast even on the 3G network. The Facebook and Twitter apps are also pre-installed. 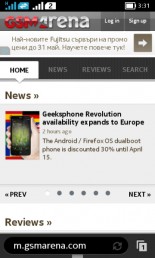 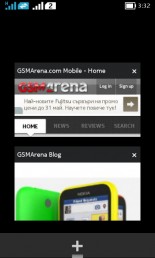 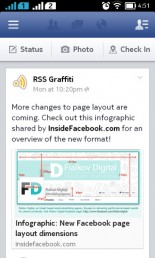 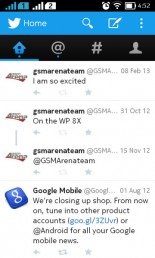 This was the gem of Nokia software – HERE Maps with offline voice navigation. A dedicated SatNav module could easily cost as much as the phone itself and there was less competition at the time (Google Maps didn’t work perfectly offline and data was expensive). 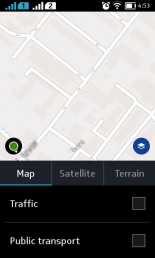 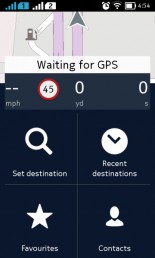 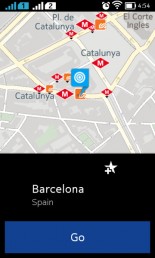 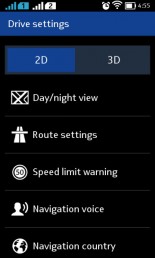 On the other hand, this is probably the worst part of Nokia – the App Store. Nokia has had several app stores over the years (remember Ovi?), but none of them have ever made a fraction of the success of the Google Play Store. 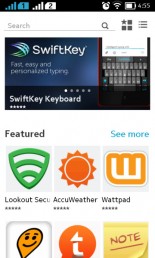 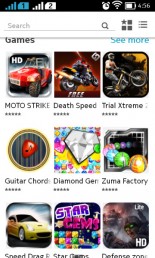 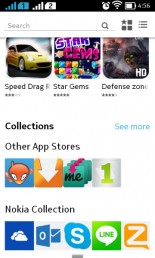 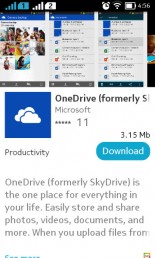 Nokia claimed that 75% of all Android apps are compatible with platform X, and developers only need to submit their APK file. The remaining 25% could easily be converted to work without Google Play Services (well, so Nokia claimed, anyway).

A few months after the debut of the X and X+ came the Nokia XL. Yes, it was larger, but with a 5.0-inch screen it wasn’t an “XL” even by 2014 standards. The IPS LCD screen maintained a resolution of 480 x 800 pixels despite the longer diagonal. One upgrade, though, was a 5-megapixel main camera.

Wait, two upgrades – the XL had a 2-megapixel selfie camera, and the X and X+ didn’t have any. To be fair, the Lumia 520 didn’t have a selfie camera either. Yes, these were very cheap devices (US$50-100), but how much did a 2MP sensor cost, anyway?

We’re not sure how well the Nokia X series will perform. For a brief moment, it appeared that the X phones had registered one million pre-orders in China. This turned out to be a translation error of some sort – JD was running a pre-order campaign and offered a chance to win a free Nokia X if you clicked a button (it was free, no deposit required). So, the button was clicked a million times. How many phones have actually been sold to consumers is anyone’s guess. 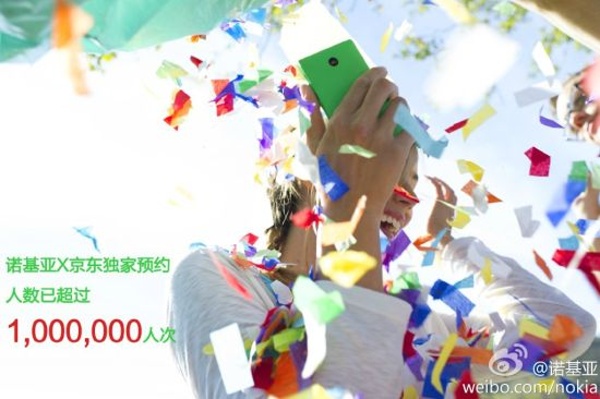 The confusion didn’t end there – people thought Microsoft had killed the X series and thus the Nokia X2 was cancelled. The X2 surprised everyone by putting it up for sale in Russia and Pakistan for 115 to 125 euros.

The Nokia X2 was a moderate upgrade from the original, and we weren’t expecting more after just a few months. It expanded the screen to 4.3 inches (still 480 x 800 pixels) and included Nokia’s ClearBlack technology – a polarizing filter that dramatically improves sunlight clarity.

It also ran on more powerful hardware, the Snapdragon 200 – the CPU core was upgraded to Cortex-A7 (1.2 GHz) and the GPU to the Adreno 302. Even better, they had a whopping 1GB of RAM to play with (storage was It still exists) at 4 GB). The camera on the back has stepped up to a 5-megapixel sensor, which is now capable of recording 720p video. There was even a selfie camera, although, oddly enough, it had only a 0.3MP sensor (worse than the XL).

Although it was introduced in July, just months after the original models were launched in March, the Nokia X2 also brought the next generation Nokia X Platform 2.0. And since Microsoft is Microsoft, the company has announced that the original trio – the Nokia X, X+ and XL – will not be updated to 2.0. It’s as if it has learned nothing from consumers’ loss due to the Windows Phone 7 to 8 update failure.

The Nokia X Platform 2.0 was based on Android 4.3 Jelly Bean, so people didn’t lose much. However, it is surprising to hear that your phone, barely a few months old at this point, is already quite outdated. 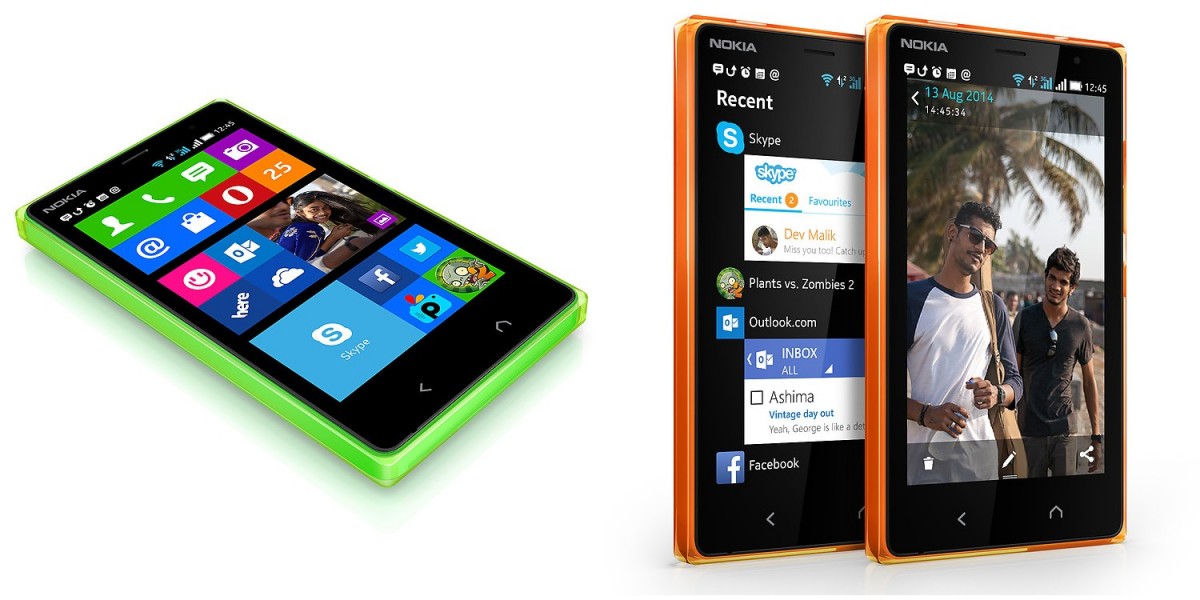 The Nokia X platform itself is getting obsolete just as quickly. Remember when we said people thought the Nokia X2 was cancelled? This was not speculation, Microsoft killed the program and laid off 18,000 people. CEO Satya Nadella said that future Nokia X designs will be reused as Windows Phone devices.

This was in July 2014, shortly after Microsoft completed its acquisition of the Nokia Phone Division (which had been renamed Microsoft Mobile) and only half a year after the Nokia X platform was announced. That demise wasn’t as quick as Kin’s death, but somehow it was worse – some fans have spent years wishing Nokia would give up chasing the Windows Phone dream and use only Android. Well, they might have wanted Android on a high-end device, but the X series was the beginning.

Later in 2014, another Nokia branded Android device appeared – Nokia N1. We reported last week that this 7.9-inch listing was powered by the Intel Atom Z3580 processor. It ran Android 5.0 Lollipop and was pre-installed on the Google Play Store. He didn’t use Fastlane, however, and did offer the Z Launcher (more details in our review).

There was no Nokia N2, the division now controlled by Microsoft focused on Windows phones and tablets. We can understand why driving doesn’t want any Android based distractions because Windows Phone needs all the attention it can get.

Microsoft has a new Android phone these days, the Surface Duo. However, this time around, it worked directly with Google to integrate some of the advances for multitasking on dual-screen devices into the right Android system. As for Nokia, it is happy to build 5G network equipment and does not seem to be in a hurry to return to the consumer device industry.

We don’t know what was going on behind the scenes, but the Nokia X and Nokia N1 don’t feel like a coordinated strategy for Android adoption for lower-cost devices. Or a coordinated strategy of any kind. Things were really messy at the time — internal competition killed MeeGo in the crib in favor of Symbian, which in turn was eliminated in favor of Windows Phone. With that in mind, it’s not too surprising that another competing phone project has stumbled upon Nokia.