We are all looking forward to EMUI 13 but Huawei has not started testing the software under the Beta program. In the meantime, we’ve already entered November, and it’s time for Huawei to bless us with a new software.

It was November 9, when Huawei launched the beta version of EMUI 12 for global smartphone users. The company first appointed the Mate 40, P40, and Mate 30 Pro devices for testing. Later, the program expanded to include more models such as the P30 and Mate 20.

Surprisingly, it’s already been a year since this happened and EMUI 13 is now listed. However, there is no offer of test progress or a roadmap at this time.

Apart from that, the Chinese tech company is launching Huawei Mate 50 Pro in different countries with EMUI 13 pre-packaged. On the other hand, if Huawei starts a new beta activity, Huawei P50 and Mate 40 Pro will be the first beneficiaries to get EMUI 13. It is followed by the P40 and Mate 30 devices.

If you have any of these devices, we suggest you download and install the Beta app. Then start searching for the Beta firmware, the process is simple and easy to understand.

It is worth noting that Huawei has not said any official note about upgrading previous devices with this new EMUI. Although it is inevitable, users should know what is coming their way.

Since Huawei has already ended the Huawei Developer Conference (HDC) 2022 and there was no promotion for EMUI 13. Instead, the company chose to continue focusing on HarmonyOS and revealing related technologies.

This EMUI version comes with new smart folders and new version of large folders with different layouts. On the other hand, there is a new management widget for stacking or grouping widgets on the home screen. 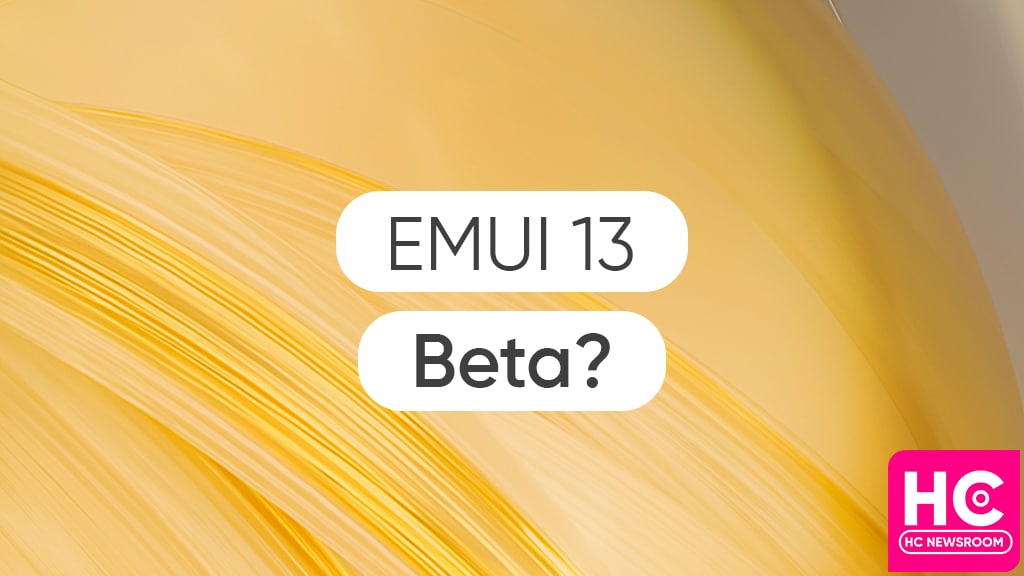 Moreover, Huawei has improved the performance of smartphones compared to EMUI 12. There is a lot to explore in this software, check it out below.