The disturbing ways in which people can use phone cameras to spy on people have been revealed.

A researcher has blogged about the ways his app can be used against those who have smartphones.

University student and researcher Sismon Sidor said in a blog post that an Android app he wrote uses a 1 pixel x 1 pixel screen to spy on Android users, according to Naked Security by Sophos.

This preview screen keeps the camera running without the phone owner knowing.

Hacking is easy, since photo-heavy apps like Instagram and TikTok are just as popular as ever, and the thought of a phone without two cameras can probably be laughable to some.

Spyware has been in technology for a long time. 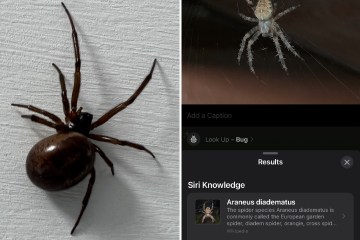 Sophos said that a malware called Blackshades, for example, has long been used to spy on Windows users from their webcams.

In an effort to stop such activity, Sidor said the Android operating system does not allow the camera to record without a preview.

However, Sidor found that he could make the preview small enough that it would theoretically go undetected.

Sidor even showed off his scary creativity in a video, in which he said that it worked so well that it was “scary”.

“The result was amazing and frightening at the same time – it’s almost impossible to spot pixels on a Nexus 5 screen (even when you know where to look)!” said the researcher!

“It also turns out that even if you turn the screen off completely, you can still take pictures, as long as the pixel is still there.”

He concluded that allowing the camera to run in the background of the phone is “unforgivable” which is a problem that Google Android should fix immediately.

This should be taken as a sign that, despite Google’s strength, they can’t even detect every malware attempt.

According to Sophos, Android users can, in a few simple steps, prevent such senseless hacking.

First, they only recommend using apps that are already in the Google Play Store.

Although this is not fail-safe, it prevents a lot of easy spyware from getting into your phone in the form of faulty apps.

Any apps requesting permissions they never need to function should be considered a red flag.

Finally, using an antivirus for Android will automatically scan apps before you launch them for the first time, providing more protection.