The Sony IMX989 1-inch camera sensor will debut with Xiaomi 12S Ultra. The device will be launched along with Xiaomi 12S and Xiaomi 12S Pro on July 4, 2022. It is a 50MP camera sensor, and the original pixel size will be around 1.5μm, which is theoretically supposed to offer excellent performance in low-light conditions.

While some Sony phones actually use 1-inch sensors, they are all cropped versions of the sensors used in Sony digital cameras. IMX989 is the first 1-inch sensor designed specifically for smartphones. Sony is also rumored to be working on a 100MP mid-range camera sensor.

Sony’s new IMX989 camera sensor should provide much better image and video quality than Samsung’s 200MP camera sensor. However, a lot also depends on the image processing algorithms. So, only time will tell if Samsung’s upcoming flagship can match the camera performance of the Xiaomi 12S Ultra. 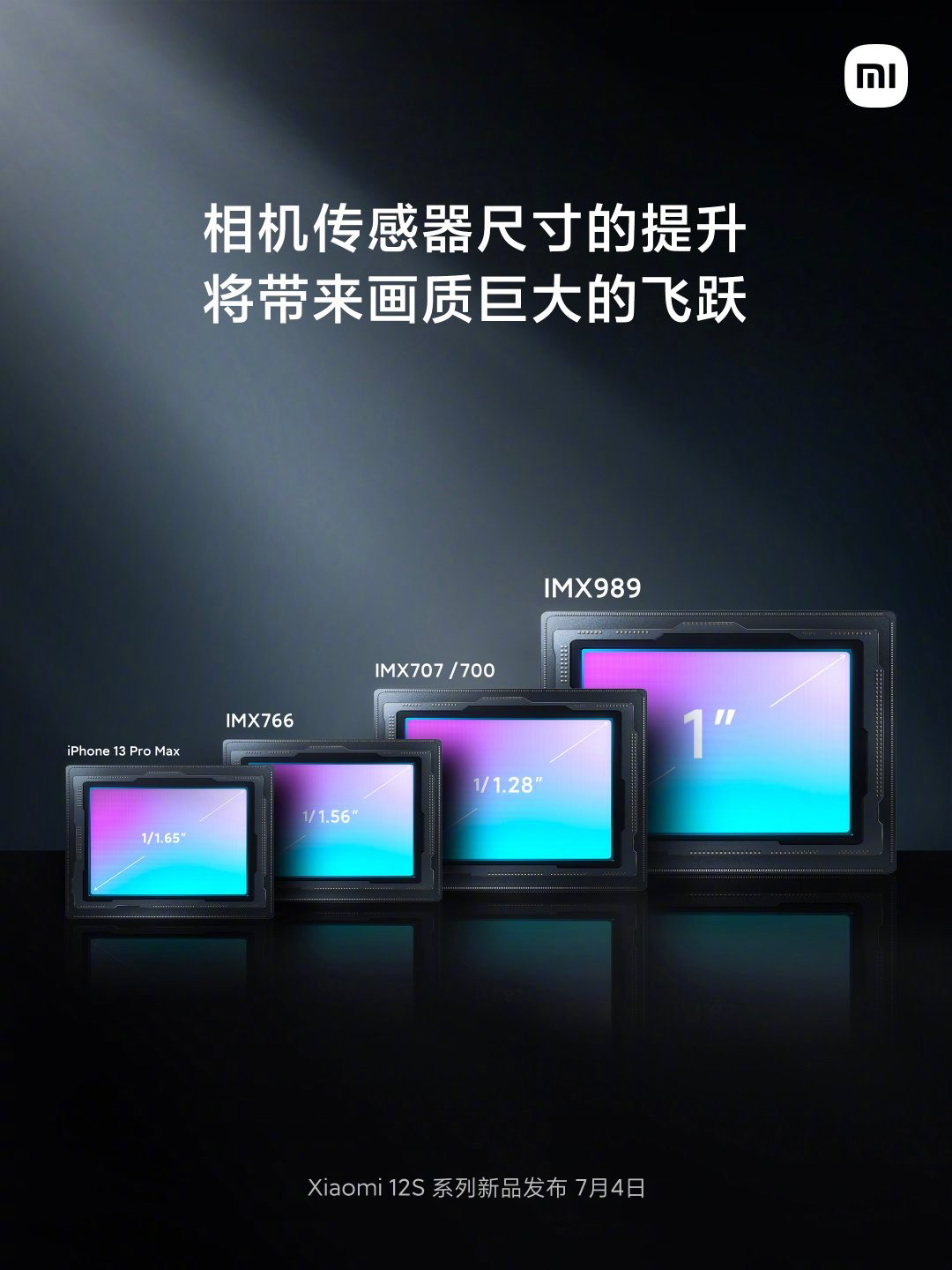