At HDC 2022, Huawei revealed several HarmonyOS technologies including the details of HarmonyOS 3.1 and HarmonyOS 4, meanwhile, here we are linking these points to the upcoming Huawei P60 and Mate 60 series.

Huawei P60 and Mate 60 series are reported to be launched next year, on the other hand, the company has also given us a hint of this happening by releasing HarmonyOS 3.1 at HDC 2022 and keeping HarmonyOS 4 for next year.

Huawei has had a tradition of launching two flagships in one year including the P series smartphone and the Mate. In 2021, Huawei broke with tradition due to the lack of assets required to build new devices. I fired the P50 series just to survive at least the last flagship race.

This year, the Huawei Mate 50 series stood out for its looks but there was no P60. In the past two years, Huawei has launched only two major companies.

The entries reveal that the company will resume the double flag in the tradition of the year from 2023. If true, we can see the Huawei P60 series packed with HarmonyOS 3.1 as the software will be launched in the first quarter of 2023.

On the other hand, the Huawei Mate 60 could be launched in the last quarter of 2023, while HarmonyOS 4 will also be announced around the same date during HDC 2023.

Currently, Huawei has not revealed the smartphone-related features of HarmonyOS 3, but we can expect a significant improvement in performance as it comes with the new OpenHarmony 3.2 base.

Furthermore, there is mention of an improved system connection scenario that was specifically designed for HarmonyOS 3.1. Therefore, we can also see new additions in the Super Device. However, a graphic version has not been revealed yet.

HarmonyOS 4 is currently unknown and there is no specific announcement regarding this HarmonyOS version. More information about this can only be learned in 2023. 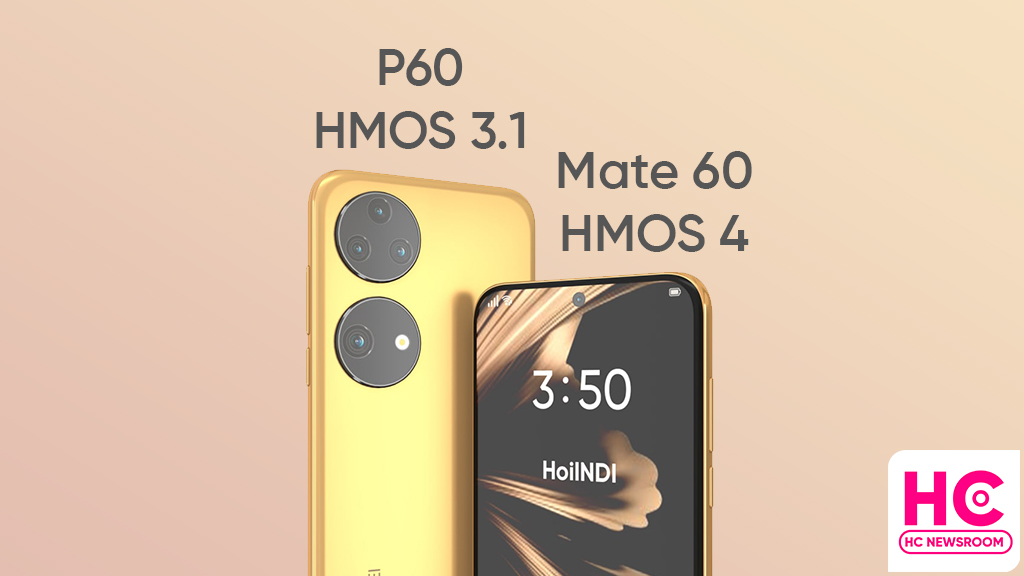